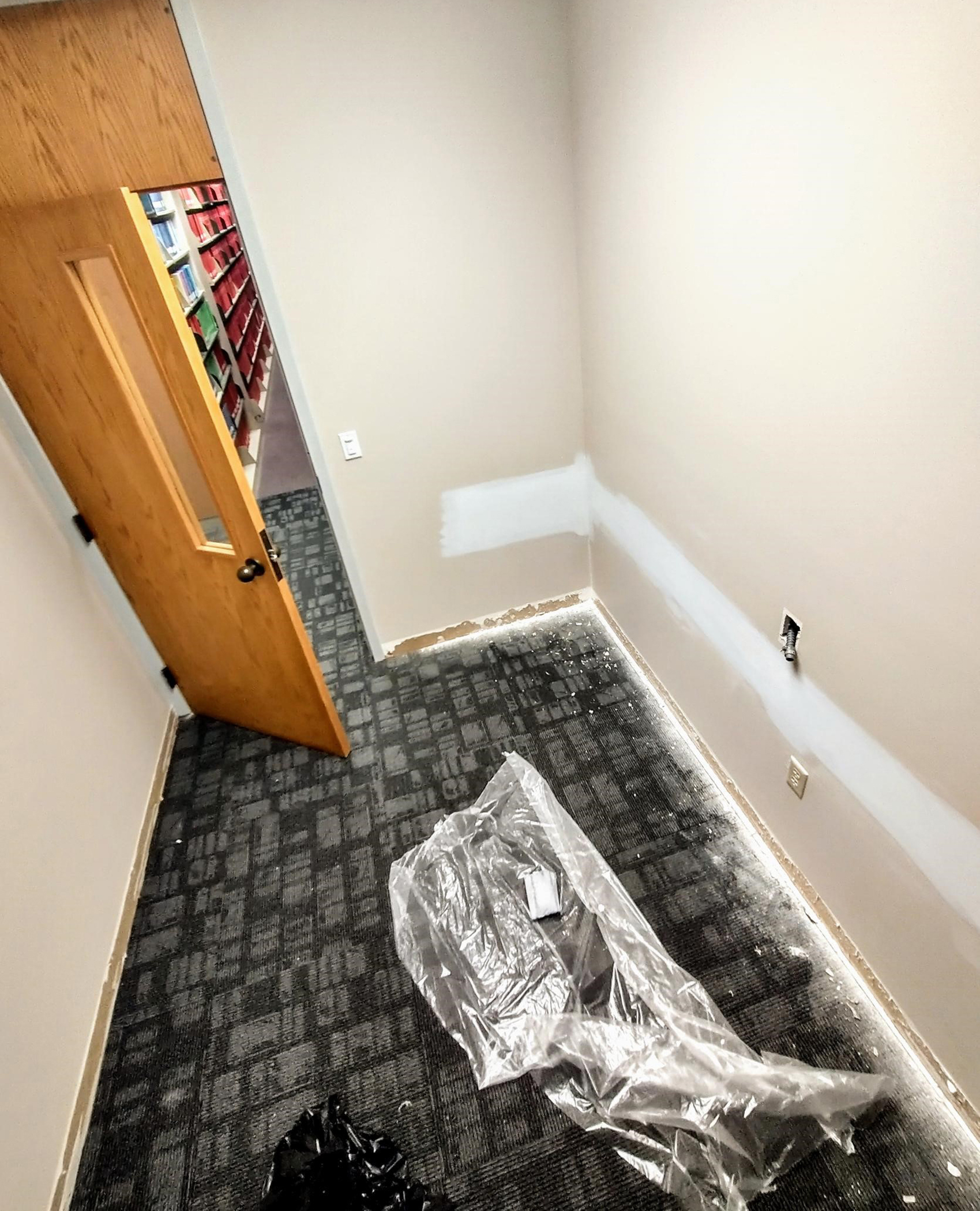 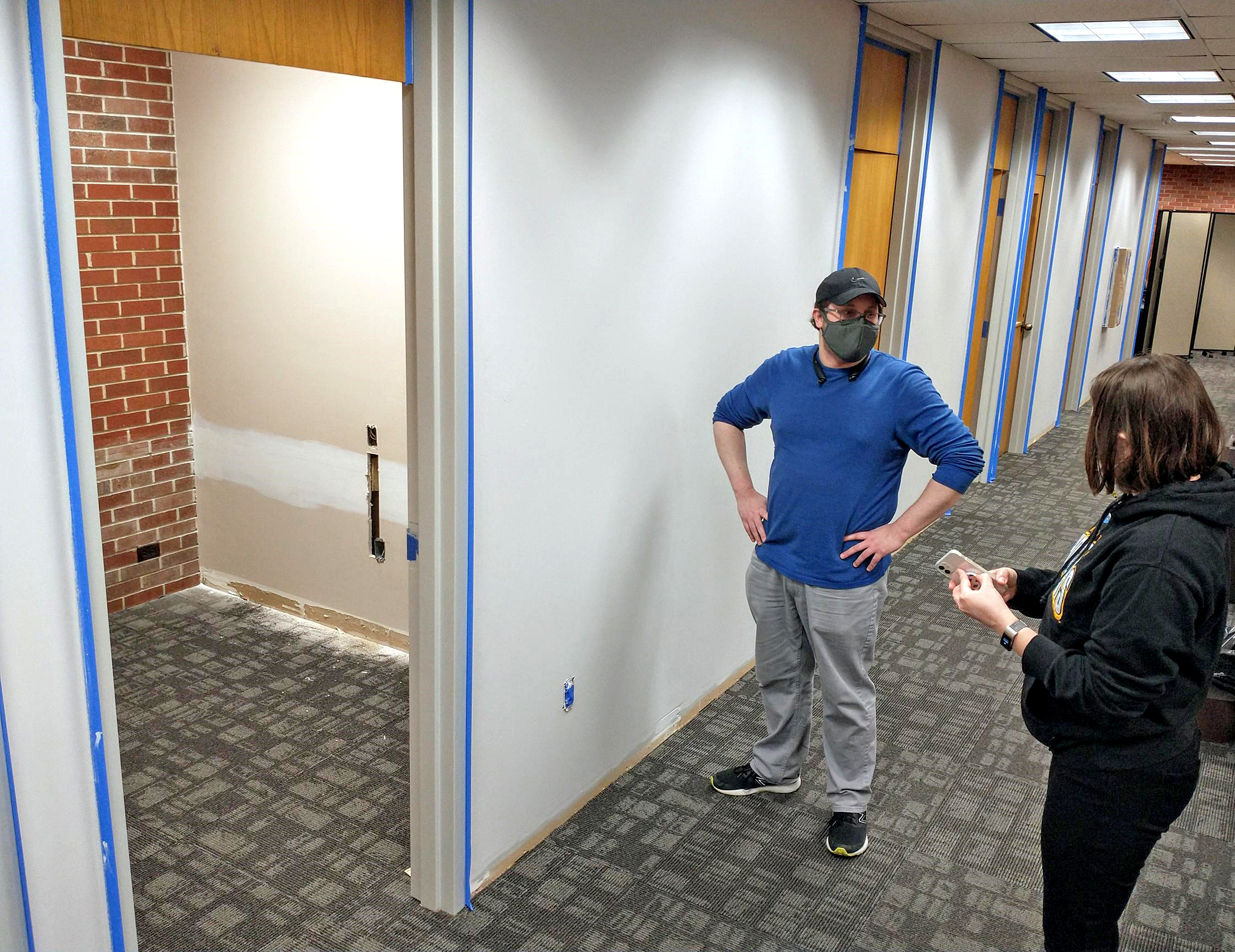 ABOVE: Work continues on one of Ablah Library's second floor focus rooms in March 2021. The project is to revitalize some of the Libraries' most popular study spaces.
BELOW: Tanner Huff, University Libraries Stacks & Facilities Manager, and Ginger Williams, University Libraries Associate Dean for Academic Engagement and Public Services, survey the progress of the second floor focus rooms.

Ablah Library's second floor focus rooms are getting a facelift.

An ongoing project to update seven of the popular rooms on the south side of the library made new headway in March with fresh coats of paint complete following the removal of old desks and furniture. New desks, chairs, and lamps are planned to adorn the rooms in the final stages of the project.

The rooms are one of the most popular study areas in the library. They are single-occupancy rooms that can be booked for four hours at a time on the Libraries' website - libraries.wichita.edu/services. The rooms are not currently available for reservations as of March 2021, but are planned to re-open once the revitalization project is complete.