Contractor agrees to comply with all applicable state and federal anti-discrimination laws.

The provisions of this paragraph number 5 (with the exception of those provisions relating to the ADA) are not applicable to a contractor who employs fewer than four employees during the term of such contract or whose contracts with the contracting State agency cumulatively total $5,000 or less during the fiscal year of such agency." 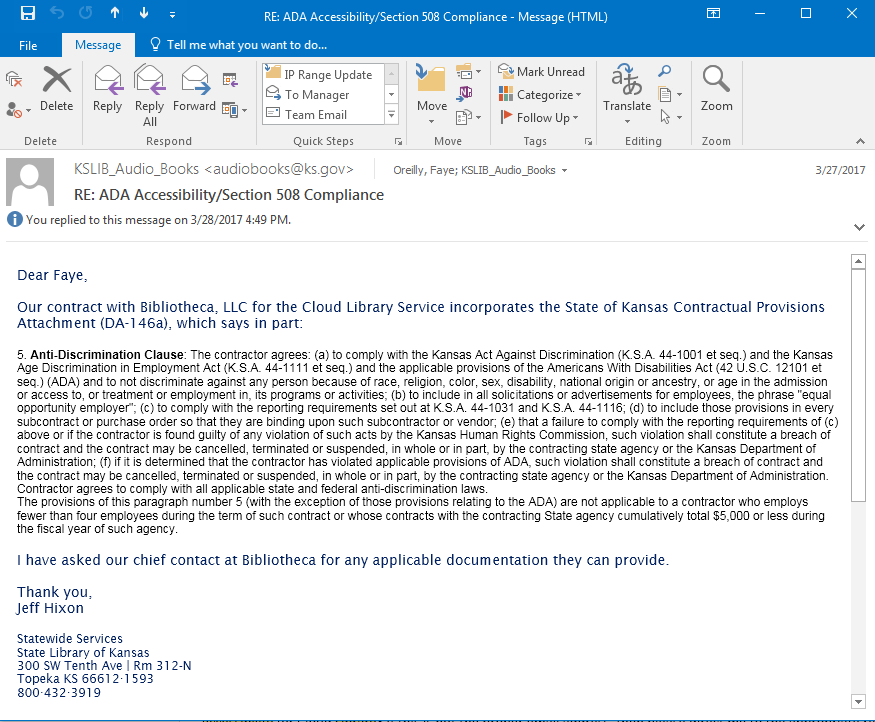