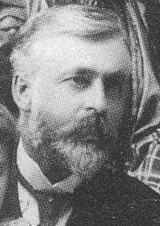 Wichita State University began as a plan for Wichita Ladies College in November 1886, under the auspices of Wichita's Plymouth Congregational Church, where Rev. Joseph Homer Parker was a minister. A building site was located on a hill, dubbed a "fair mount" by an early settler, overlooking the Arkansas River Valley north of Wichita. The name of the College was subsequently changed to Fairmount Ladies College, in recognition of the gift of the property. The local economy declined by 1888, and dashed all hopes of opening the College. In 1892, the sole and unfinished building was pressed into service as Fairmount Institute, a college preparatory school, until September 11, 1895, when the first college-level classes began. The Institute continued to operate as an academy within Fairmount College until 1918.

Fairmount's first President, Dr. Nathan Jackson Morrison, came out of retirement at the age of 67 to take the post, his third position as head of an institution of higher learning. With the able assistance of the Dean of the College, William H. Isely; the Dean of the Academy, Clifford P. Clark; Deans Hoare, Kingsbury and Titt; and such dedicated faculty as Librarian M. Alice Isely, Professors Paul Roulet, Della Smoke, George Chase, A. W. Sickner, Elizabeth Sprague, Flora Clough, Benjamin Buck and Samuel Swartz, Fairmount College grew and flourished despite the troubled times. With the help of local businessmen -- attorney Robert L. Holmes and lumberman and financier H.W. Darling in particular -- Fairmount College continued to grow for the first three decades. Tragedy struck the College in 1907, though, when both President Morrison and Dean Isely died, leaving Fairmount without their able leadership. 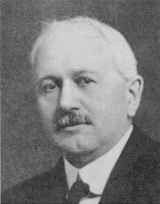 Rev. Henry E. Thayer, a former minister with the Plymouth Congregational Church, returned from a post as Kansas Superintendent of the Home Missionary Society to become President of Fairmount College during trying financial times. President Thayer struggled vainly to balance the budget for the College over the next seven years without much success, but managed to uphold the ideals and principles upon which Rev. Parker and President Morrison had built Fairmount: that of a Christian college's values overlaying the template of a New England residential college. Both Parker and Morrison were the products of New England schools, and sought to make Fairmount College into the same type of institution. 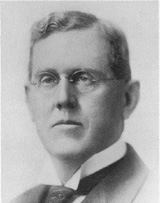 Although residential arrangements were developed for both men and women, Fairmount largely remained a commuter college, and was linked to downtown Wichita by a trolley line. Many of the students dropped in and out of the College as their finances permitted, taking summer jobs in surrounding areas to pay for their education. One of the more frequently obtained summer jobs was shocking wheat on local farms, which led football manager Roy Kirk to coin the name for Fairmount's team: the "Wheatshockers." President Walter H. Rollins, replacing Rev. Thayer upon his retirement in 1914, found the school's financial problems more than he could handle. His failure to solve the Fairmount's financial problems had a profound effect upon his outlook. Even after retirement in 1921, Rollins felt he had been unappreciated in Wichita. 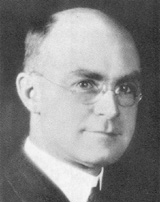 John Finlayson took over as president of Fairmount College upon Rollins' retirement in 1921. By the following year, enrollment topped 500, on a campus of four buildings, including the Carnegie Library. Funding, however, continued to be a real problem, as it had for most of the College's history. The College Board was forced to consider the possibilities of either moving the College or closing it, due to the failure of Congregationalism in the West. The only solution to emerge from these considerations was for the College to become a municipal institution. Public support for the move was divided, and it took two public referendums and a vigorous campaign to obtain public approval. Early in 1926, Wichita voted to transform Fairmount College into the Municipal University of Wichita. 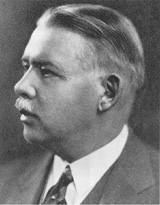 "WU," as the University quickly became known, reflected the strengths of Fairmount with colleges of liberal arts, commerce and industry, and education. Within two years, a college of fine and applied arts and a graduate school were added, and the college of commerce and industry was soon reorganized into separate colleges of business and engineering. Among a new breed of municipal institutions and the first west of the Mississippi River, WU was controlled by a Board of Regents representing the City Commission and the School Board. During the 1927-1933 administration of the University's new president, Dr. Harold W. Foght, enrollment grew rapidly to 900 in 1929 and 1,200 in 1931. Dr. Foght launched a major building campaign, and championed the concept of "continuing education," including an unique summer program called the Omnibus College, which took students to Canada and Mexico under the direction of Professor William Goldsmith. 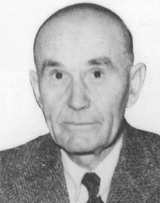 Service programs for the community, particularly in business and education, grew as well. The University of Wichita continued to reflect the characteristics of the New England liberal arts college after which Fairmount had been patterned. The onset of the Great Depression and community suspicions about the "liberal" tendencies of some of the faculty served to erode the University's standing in the community, while some of the local sports "boosters" began to think they could control the University's sports programs. Stability returned somewhat with the appointment of William M. Jardine as president in 1934. Jardine had been the president of Kansas State University, the United States Secretary of Agriculture, and Minister to Egypt. Although not always the most popular President among the faculty, Jardine did much to bolster the standing of the University during his administration. 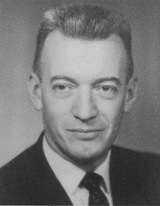 Enrollment mushroomed with the return of veterans from World War II, and Harry F. Corbin became the first alumnus to be appointed president in 1949. Student enrollment topped 5,000 in 1956, including 500 graduate students. Dormitories returned to the campus, and research became a major part of the University's mission. Building also boomed on the campus, and included a new facility for the College of Education designed by Frank Lloyd Wright. The city was not able to support the University without charging a higher tuition than students paid at state schools, and a bitter battle began for inclusion of WU in the state system. President Corbin, Judge Robert B. Morton, and WU Regents Chairman Sidney J. Brick led the fight, finding a successful end to their efforts in 1963. 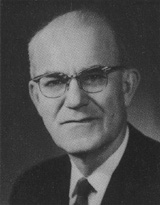 The Kansas Legislature agreed to establish a state institution in Wichita if the citizens of the city would adopt a 1.5 mill levy to pay WU's bonded indebtedness and provide a perpetual endowment. This "margin of excellence" was approved by a landslide vote. After 38 years as a municipal university, the University again changed its status July 1, 1964, when it officially entered the state system of higher education. The transition was not without its tragedies. Such animosity had been generated in the fight to become a state institution that President Corbin resigned to help heal the wounds. Corbin was replaced in 1963 by Emory K. Lindquist, a popular professor and former Dean of Liberal Arts at the University of Wichita and former President of Bethany College, Lindsborg, Kansas. Wichita State University became one of what are today six state universities governed by the Kansas Board of Regents. 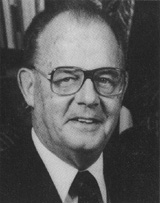 President Lindquist was followed in 1968 by the the second alumnus to be appointed president of the University: Clark D. Ahlberg. The new president oversaw nearly all of the University's phenomenal growth over the first two decades of its tenure as WSU. Enrollment increased from less than 7,000 in 1963 to over 17,000 in the early 1980s, with a rapid growth in the number of graduate student enrollments. Undergraduate programs in women's and minority studies were added to the curriculum as well as computer science and entrepreneurship. Other additions during the period were the College of Health Professions, the Elliott School of Communications, the Hugo Wall School of Urban and Public Affairs, and the National Institute of Aviation Research. The physical appearance underwent profound change during this period as well, with the addition of over one million square feet of new buildings, a new perimeter roads system, development of the former Crestview Country Club, and the addition of the Martin H. Bush outdoor sculpture collection. 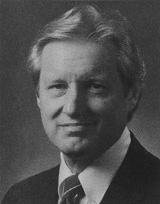 Doctoral work was expanded from the single Ph.D. program in Logopedics to include Mathematics, Chemistry, Psychology, and a number of Engineering programs in the early 1990s. In 1983, Warren B. Armstrong was appointed president of WSU, and saw local support for WSU expanded as the 1.5 mill levy was made county-wide in 1987. Due to the expansion of local community college programs, which offer lower tuitions, and aggressive marketing of graduate programs by other institutions, WSU began to witness its first continuous decline in enrollment. So, as it was adding new doctoral activity to the curriculum, WSU discontinued most of its two-year certification programs. Student life changed as well with a rise in part-time and international student enrollments accompanying the declines in full-time undergraduate enrollment. WSU celebrated the NCAA baseball championship in 1989 during his tenure at the university. 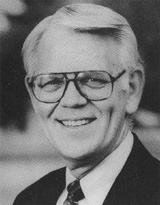 When Eugene M. Hughes took office in 1993, he began a campaign for "The Metropolitan Advantage," aimed at redefining WSU's connection to the community. President Hughes quickly opened off-campus centers, and challenged the faculty to adopt this idea of role redefinition. Universities are never "finished" products, and urban institutions like WSU must evolve in response to the changes in the community. It is this dynamic quality that will allow Wichita State University to remain a powerful educational force for Wichita, Kansas, and the nation for many years to come. President Hughes stepped down as president in December 1998. 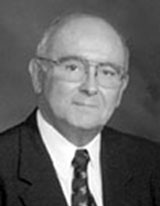 Donald L. Beggs, a national expert in educational assessment, measurement and statistics, served as the 12th president of the University. His tenure of over 13 years, from 1999 to 2012, was distinguished by a significant growth in research. Awards for research grew from $21.3 million in 2000 to $54.5 million in 2011, and the National Institute for Aviation Research was ranked third in aerospace engineering research and development in 2009, according to National Science Foundation data. Among Beggs’ accomplishments are the remodeled and renamed Charles Koch Arena, completed in 2003 after a $25 million fundraising campaign; the creation of the Marcus Welcome Center, the front door for the university's recruiting efforts; and the launch of the renovation of the Rhatigan Student Center.  Beggs established and strengthened relationships with the city of Wichita, Sedgwick County and local employers, creating a solid foundation for the campaign of rapid expansion.  He and his wife Shirley were both recognized for their strong support of the community as well as the university's cultural, charitable and athletic activities.

In the late 1970s and early 1980s, John W. Bardo was a member of the WSU faculty, serving as chairperson for the Department of Sociology and Social Work from 1978-1983 and graduate coordinator of the Master's of Urban Studies Program in the Center for Urban Studies in 1976-1977.  Nearly 30 years later on October 12, 2012, he was inaugurated as the university's 13th president.  Among President Bardo's achievements: constructing new infrastructure and housing facilities, moving to the American Athletic Conference, establishing an affiliation with Wichita Area Technical College now known as WSU Tech, and launching a 120-acre expansion project -- the "Innovation Campus" -- to foster collaboration, applied learning and research interactions between students, faculty and local industry.  He died in office March 12, 2019.

After serving as interim president since September 2020, Richard "Rick" Muma was named Wichita State University's 15th president by the by the Kansas Board of Regents on May 6, 2021.  President Muma was inaugurated October 29, 2021.  Read more about President Muma here.

In memory of Dr. George Platt

More information about the University's history is found in the following books and manuscripts: Uncloistered Halls: The Centennial History of Wichita State University, by Craig Miner (1995); A History of Fairmount College, by Dr John Rydjord (1977); Standing Proudly on the Hill, by Dr. George M. Platt, et al. (1995); A Walk With Wu, by Jessica Cerri, et al. (2020); or Oak from Acorn: A History of the University of Wichita, by Bliss Isely and Kunigunde Duncan.