Suggest a Movie or TV Show

If there is a movie or TV show that you would like added to the collection, click here to send an email request.

Questions or comments about the collection? 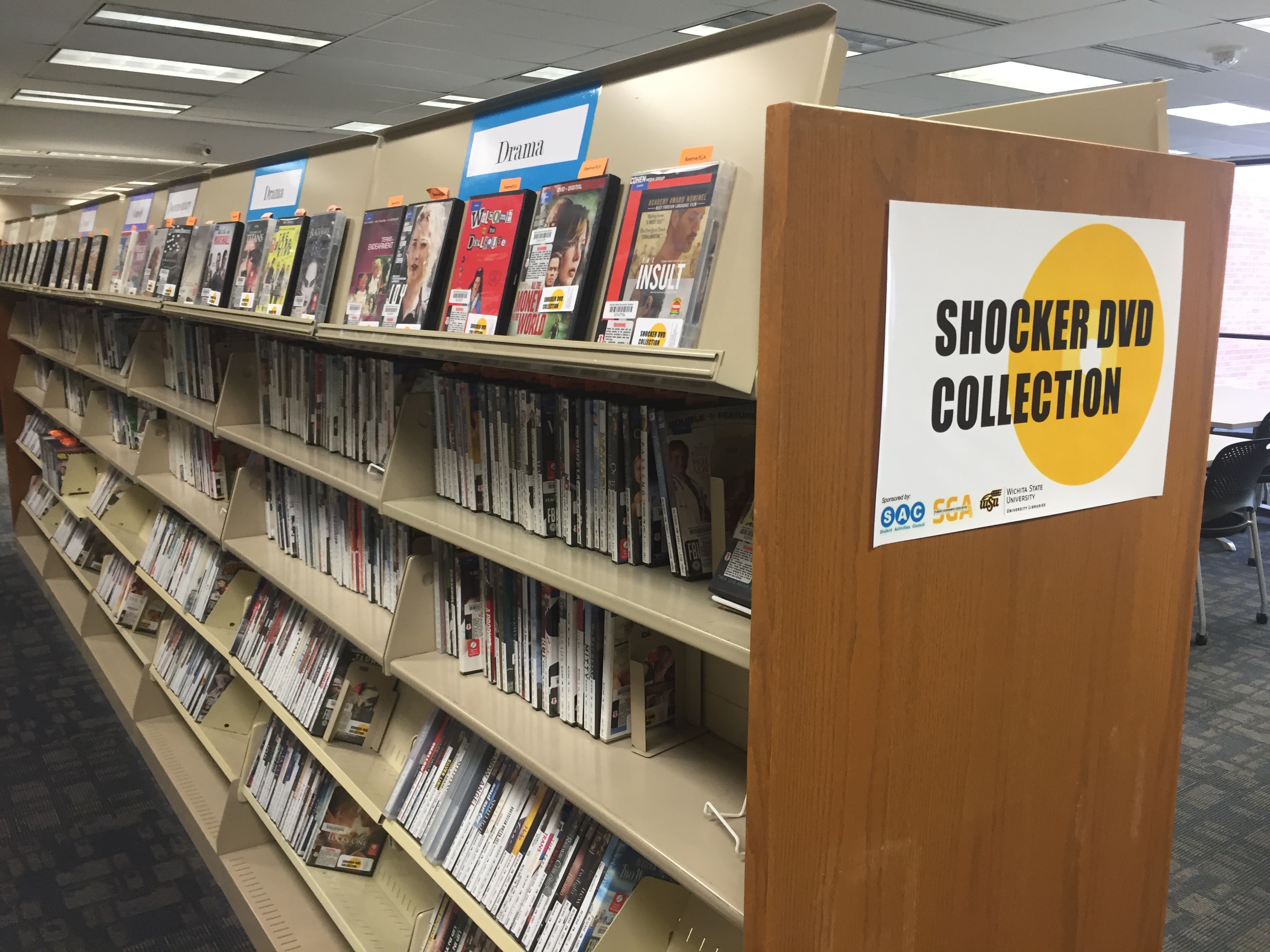 Over 600 popular movies and TV shows are available for checkout free of charge by WSU students, faculty and staff. The collection is housed in the Reserve Reading Room on the first floor of Ablah Library. Movies and shows can be checked out for 3 days with one renewal. There is a limit of 4 DVDs at each checkout. 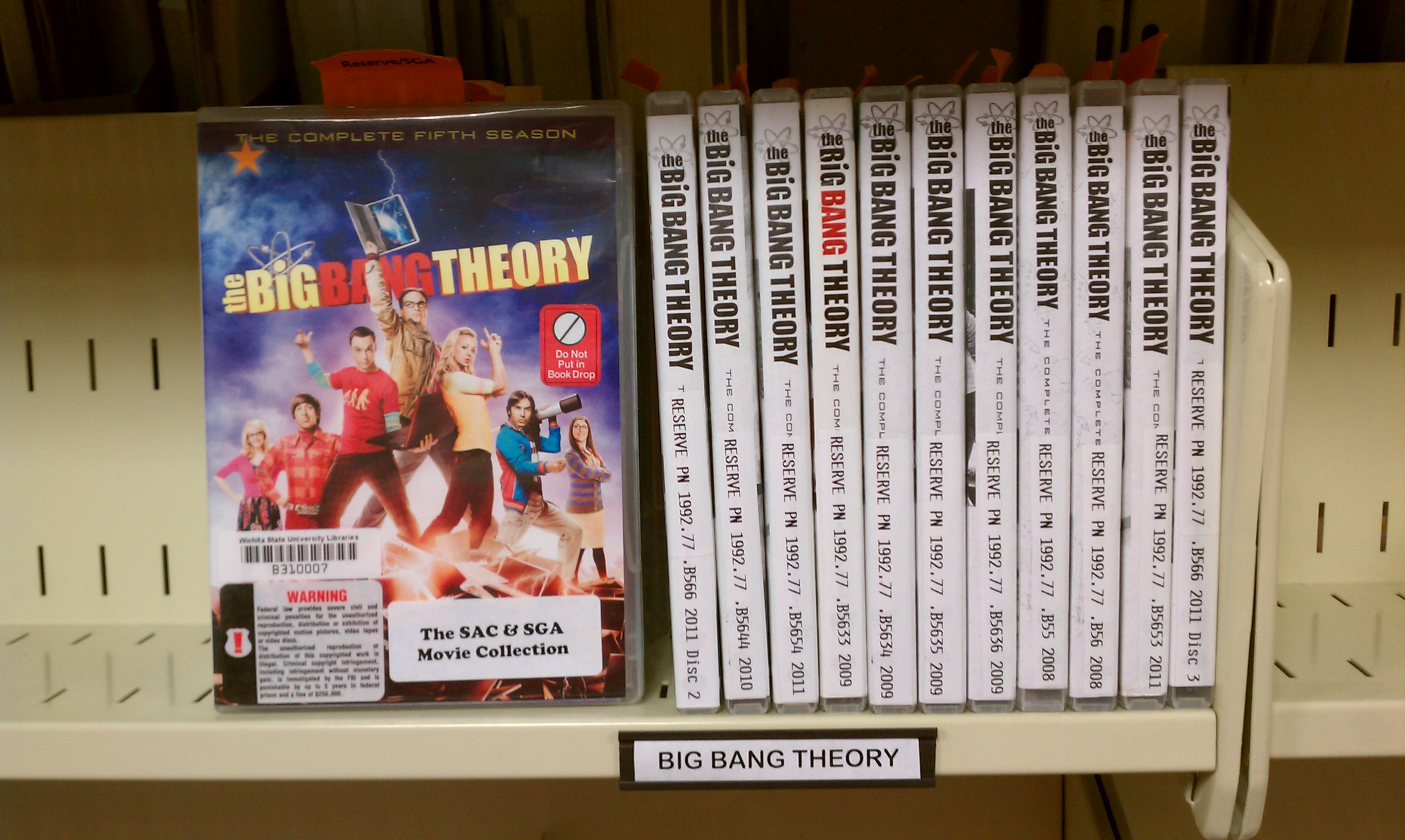 Donations of recent DVDs are welcome! Check the list of current DVDs or do a title search in the Online Catalog to make sure the library does not already have the movie or TV show. Donate DVDs with original cases and labeling. Bring your donation to the Circulation Desk on the first floor of Ablah Library.