Wichita State University has had a long relationship with Gordon Parks and the Gordon Parks Foundation. In the mid-1980’s, the Ulrich Museum of Art at WSU was the first to organize a major retrospective of Parks’ photography. He was awarded the Wichita State University President’s Medal in the spring of 1991.  “The President’s Medal is awarded to a person who is selected for humility and interest in others and especially for extraordinary and exemplary leadership through integrity, service to humanity and expertise in his or her field.”* On January 14, 1994, the award winning African-American photographer, musician, writer and film director was the guest of honor at a reception hosted by the Ulrich Museum. Mayor Elma Broadfoot declared that day, Gordon Parks Day, and awarded him with a key to the city. The Wichita Eagle put together a special publication regarding Parks’ work that ran earlier in the week on January 9. 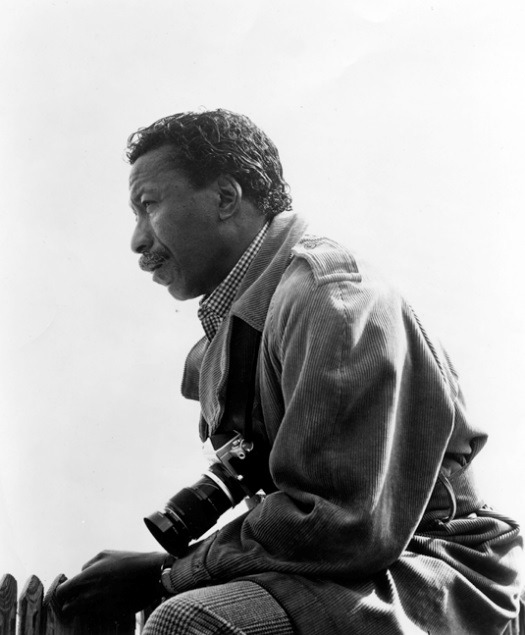 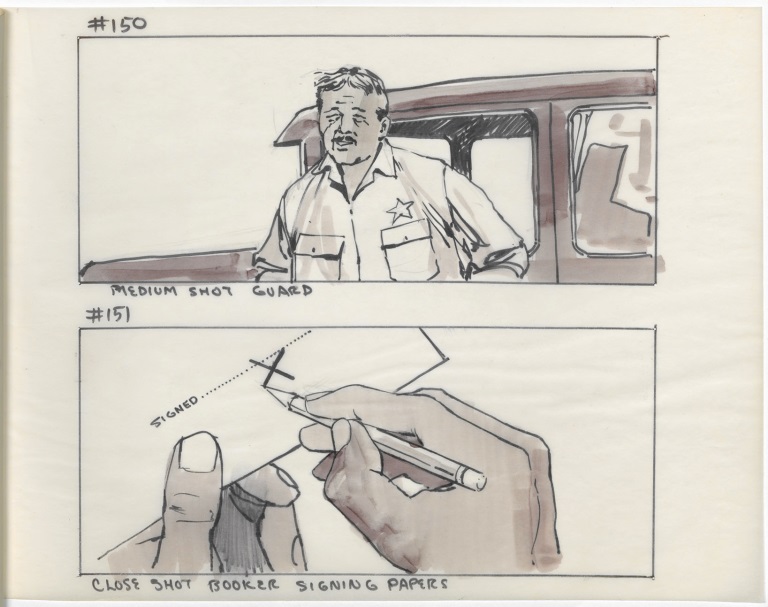 A story board used in the filming of The Learning Tree

Gordon Parks is also well-known for his work in film. He was the first to feature funk and soul music soundtracks and cast primarily black actors in his films. The Learning Tree (written, directed, produced, and scored by Parks) and Shaft, Parks’ best known film works, are included on the Library of Congress National Film Registry. 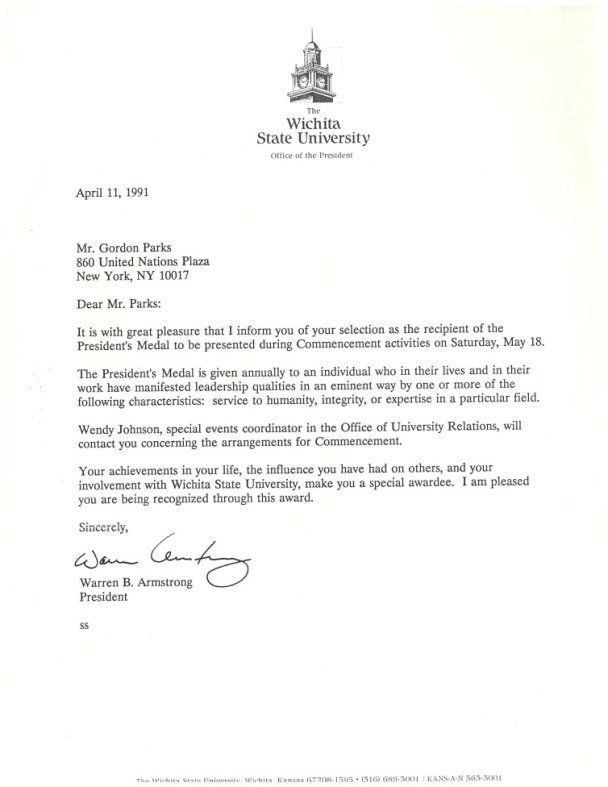 Thanks to donors and University efforts, the Gordon Parks Papers came to Special Collections in 2008 and document his personal and professional life. Materials in the collection include draft and published copies of his work, photographs, correspondence, awards, exhibits, documented events, and more.

Several images from this collection were digitized; you can check them out at http://cdm15942.contentdm.oclc.org/cdm/landingpage/collection/p15942coll8. Much more of the collection is still in its original format. Make an appointment or stop by Special Collections to see!

Enter your e-mail address to receive notifications of new posts by e-mail.